Hungarian Bocuse d’Or Team got into the world final
Posted by Budnews · Oct 21, 2020

István Veres and the Hungarian team got the 9th place in the European championship.

The Hungarian team made it again: we made it to the 2021 final of Bocuse d'Or. This year - as usual in previous years – 10 European team got the opportunity to compete in the world final: Norway became the first, Denmark got the second place, Sweden has third place, and the Hungarian team led by István Veres, the chef of Babel, finished in ninth place and made it to the world final in Lyon next year.

The contestants had to compete in a meaty topic at the international chef's competition this year: the Estonian quail was the central element of the competition. Chefs had to use its offal and serve it with quail eggs. This dish had to be prepared on a plate, and the obligatory raw material for the dish was African catfish farmed in southern Estonia. 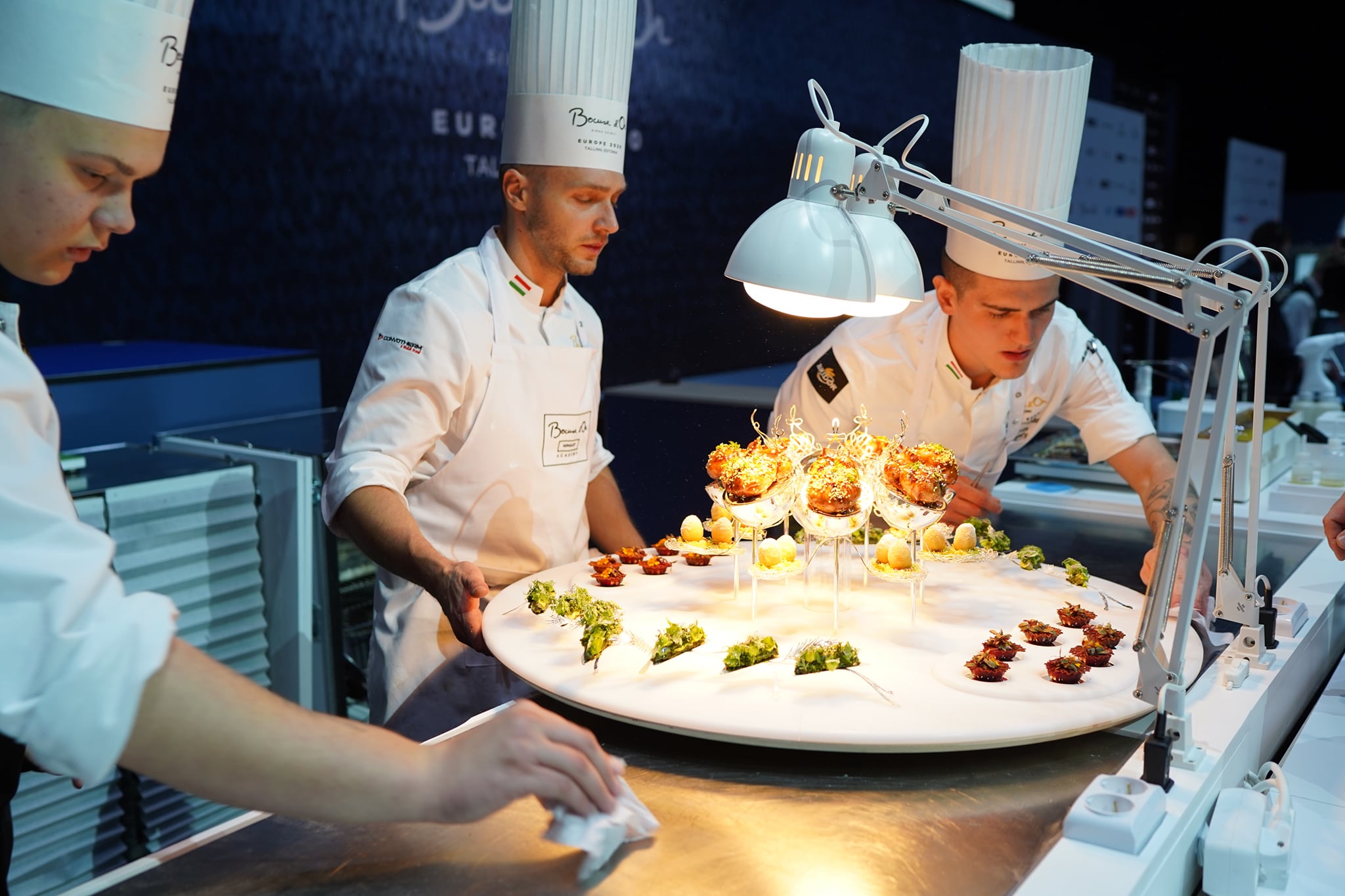 In Hungary, these ingredients sound quite unique, but fortunately the teams had a lot of time to prepare, and the Hungarian chef, István Veres kept the Estonian quail on the menu at his previous workplace, so he had experience with this unusual fish.

Another goal of the team was to show certain features of Hungarian gastronomy in the competition dishes, so the Hungarian team tried to use domestic ingredients a flavors. As István Veres is of Transylvanian origin, Transylvanian motifs appeared in the design of the bowl, menu card and box, and the jury seems to have rewarded this creativity.

In addition to the competing team, there was another Hungarian participant in the competition: Tamás Széll. As each participating nation could delegate a member to the jury, Hungary delegated Széll, who won the European Bocuse d’Or championship in 2016 and became and the 4th place finisher of the Lyon World Final in 2017. We are curious to see if we succeed in repeating this success next year.

Legendary Hungarian restaurant has reopened in London under a new name

Budapest’s dessert for 2020 is so mouth-watering

Sweet Days at the Basilica