5 summer things you have to try in Budapest
Posted by Ágnes Taraszovics · May 17, 2016

Budapest is way more than meets the eye.

Meet top-notch designers every month at Erzsébet square, the busiest part of downtown Budapest. No wonder that WAMP, which has its 10th anniversary this year, is still the most popular design fair in Hungary, as the participating design brands are carefully selected, so visitors can expect only the best design products. It’s also a meeting place for creative and trend setter young people. WAMP, as an umbrella organization, is present at the international scene of design. The main objective of WAMP has always been to support Hungarian fashion and design as well as to enhance visual culture of its audience while promoting Hungarian design products. And what is more important to us now: we can buy wonderful and unique jewelry. 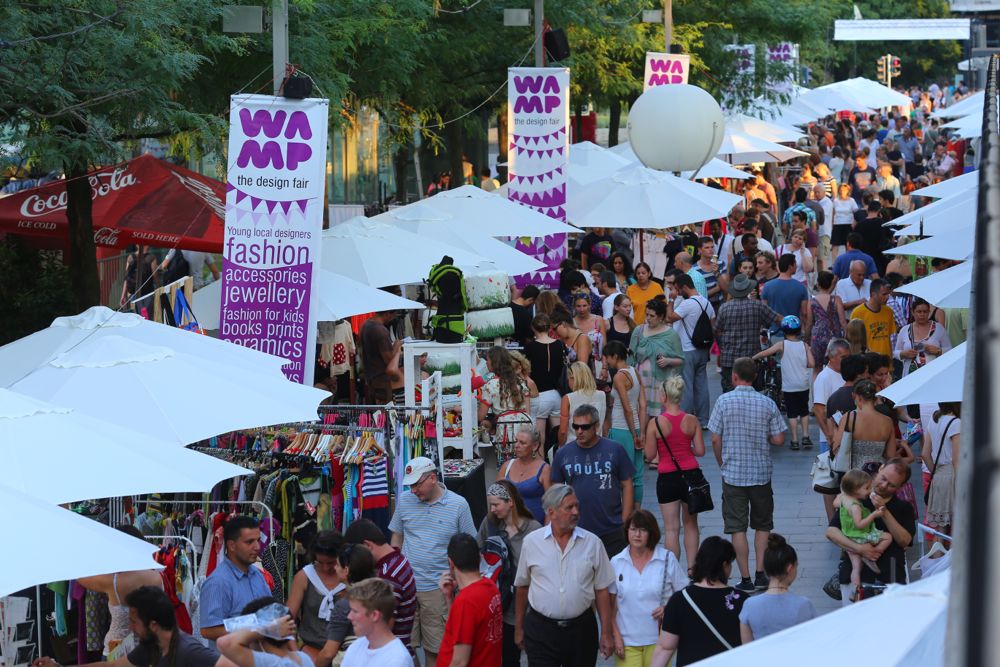 Chimney cake („Kürtőskalács”) is a spit cake specific to Hungarian-speaking regions. It’s made from sweet, yeast dough (raised dough), of which a strip is spun and then wrapped around a truncated cone–shaped baking spit, and rolled in granulated sugar. It is roasted over charcoal while basted with melted butter, until its surface cooks to a golden-brown color. During the baking process the sugar stuck on it, caramelizes and forms a shiny, crispy crust. The surface of the cake can then be topped with additional ingredients such as ground walnut or powdered cinnamon. Well, this is the default. Now imagine chimney cake with vanilla ice cream and strawberry sauce, chocolate-banana and whipped cream, Nutella and apple-cinnamon cream in the middle. They even have salty flavors: the salami and cheese with iceberg lettuce, the ham and cheese, and the mozzarella - pesto versions are perfect for a nice of lunch. You can find them at Erzsébet Square every day. 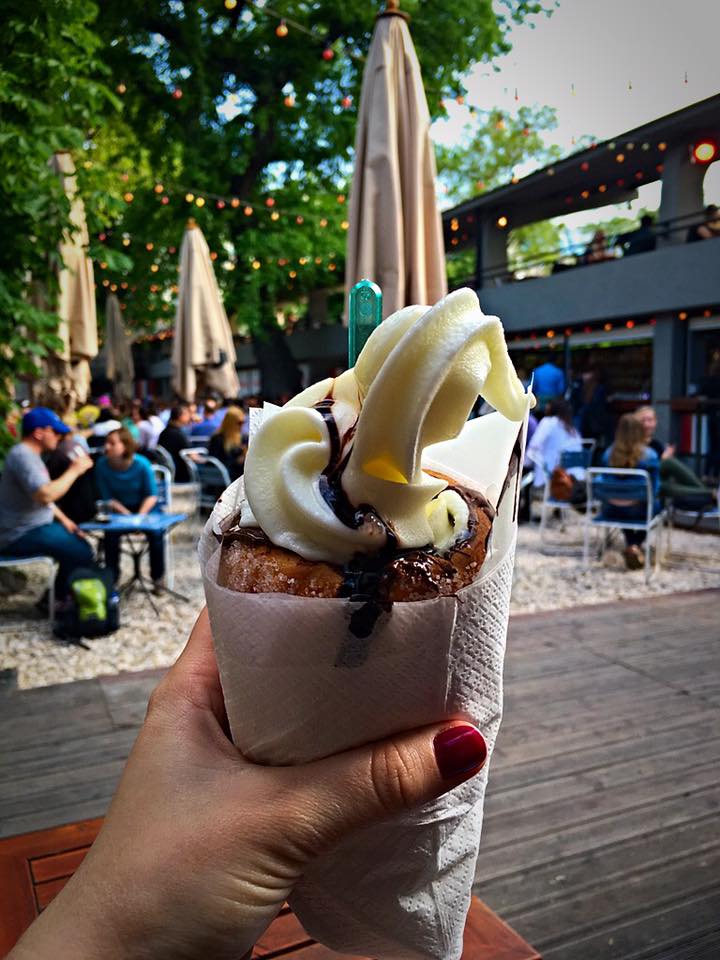 Hungary is famous for its spas and thermal water, and this is something you cannot miss. There are dozens of spas and beaches: thermal water for elder and healing purposes, aquaparks for the adventurous people and beaches for everyone. Choose either the classic Palatinus Beach, which is among the World's 10 best outdoor swimming pools or Széchenyi Thermal Bath, the largest and most popular spa in Budapest, it will be great. With 11 pools, it’s health and fun at one: in addition to the spa area, Széchenyi awaits visitors with a swimming pool, a leisure pool and a sitting pool too. If you don’t care about spas but want to have fun, then visit Aquaworld Aquapark. They do not call this aquapark a “water empire” by chance: all that we can image can be found here. The indoor waterpark offers exciting adventure and fun with 15 pools and 11 (a total of nearly 1 km long) slides both summer and winter. The place is equipped with everything: there are jacuzzis, saunas, a wave pool, a surfing pool and a playhouse as well. 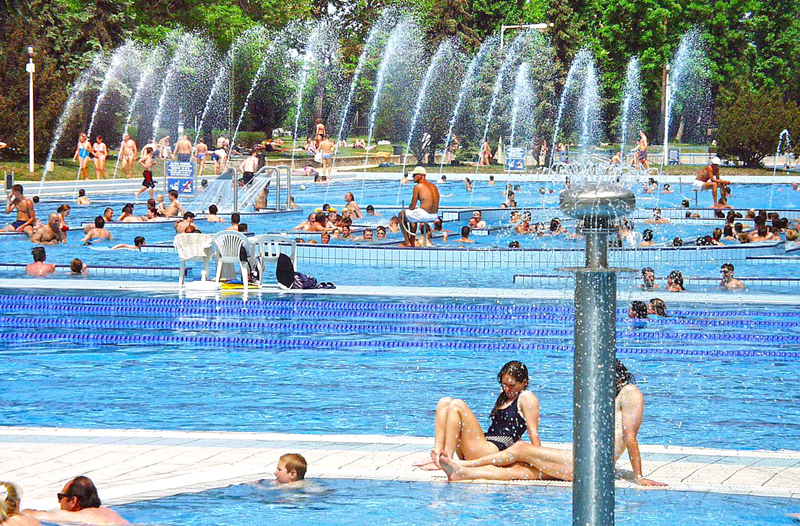 When it comes to summer parties, do not only think of festivals! Budapest has lots of open-air concert venues, which are open from late May to early September. For example, Kobuci garden, where are giant parties despite the small homely environment, and who screens the European Football Championship. Or visit Budapest Park, the biggest open air concert venue, the classic one. This multi-cultural entertaining center on 11,000 m2 giving place for concerts, exhibitions, parties, dance shows and performances from every genre of art. Located at the edge of the downtown on the bank of Danube right next to the palace of arts and the Rákóczi Bridge. 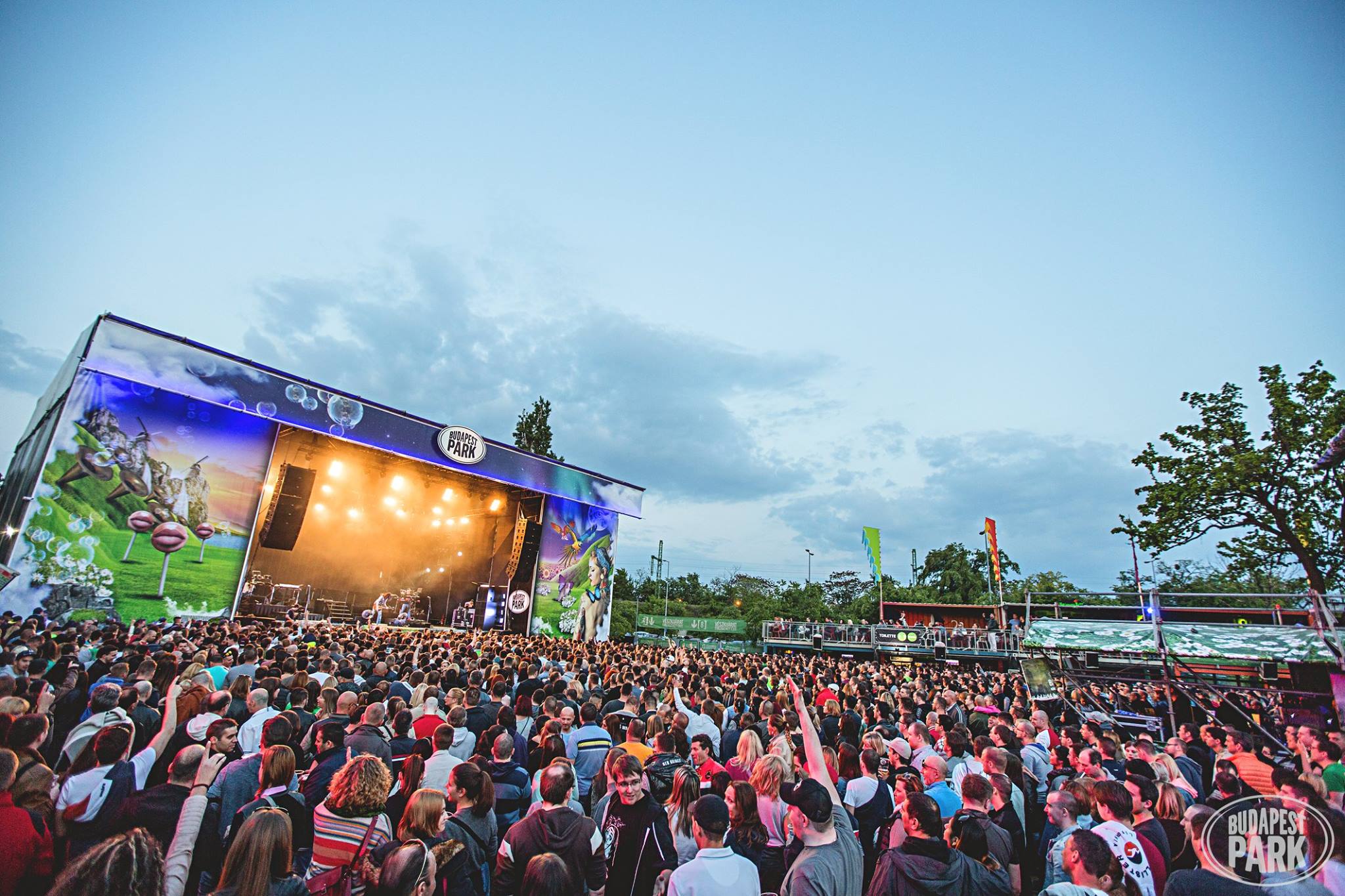 What could be better than enjoy the magnificent view on the top of the city in a cool breeze with a spectacular view? Not much at all. There are places like Corvintető, which is a mixture of a rooftop ruin bar and a modern, buzzing underground dance club, with 600 square feet rooftop terrace, or Gozsdu Sky Terrace, which is sophisticated with white plank floor, real grass and relaxed elegance or 360 Bar, the city's highest rooftop terrace. The panorama is huge: almost all the famous places can be seen: the Citadel, the Fishermen's Bastion and so on. It’s a small, green oasis: ornamental plants are planted along the edge and grow on the tables. 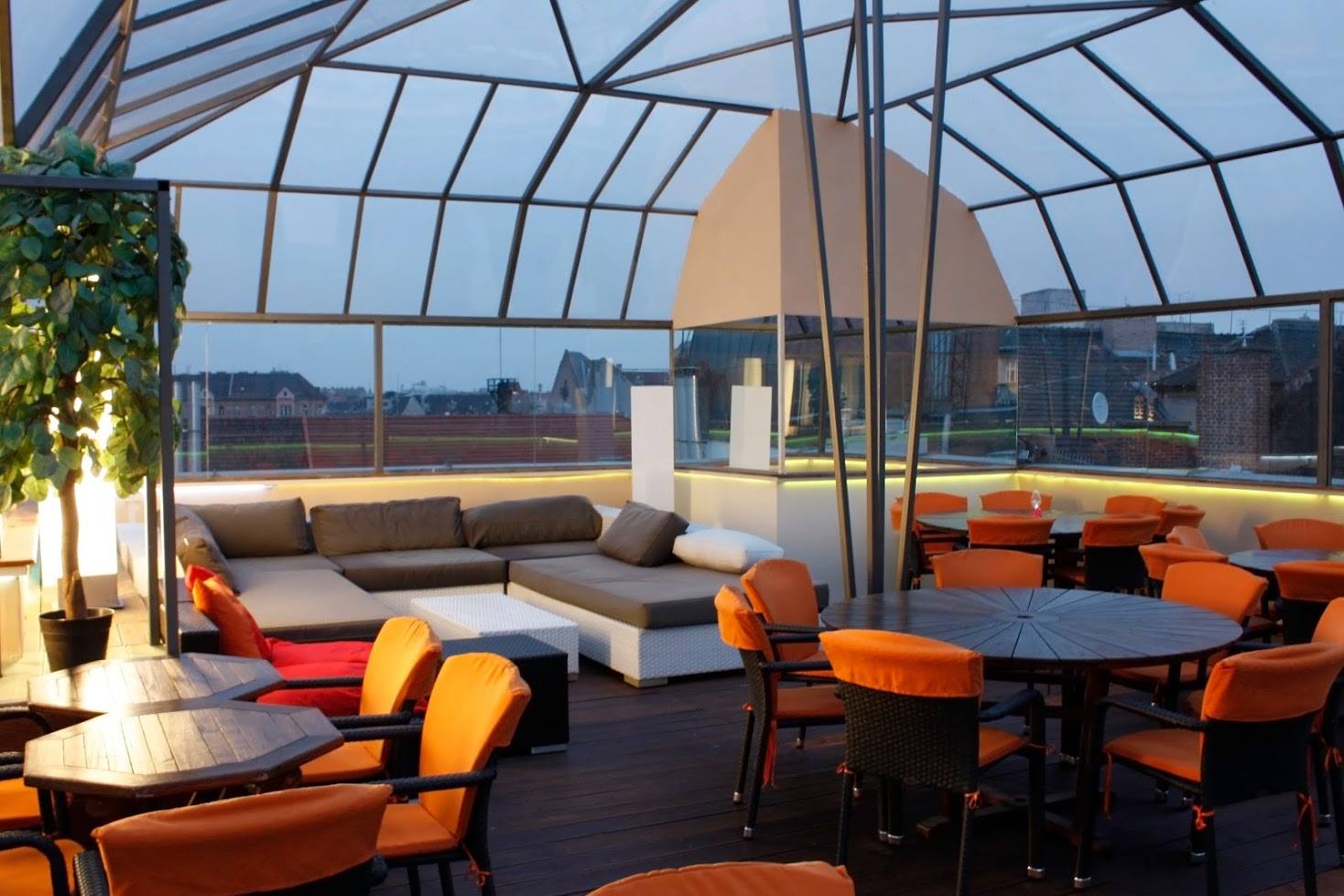