Balázs Dóczy, a guy from Budapest has the best job ever: he makes LEGO model buildings! Basically he re-lives his childhood… In 2012 he founded Kockaműhely, and since then Balázs has professionally engaged to model buildings. Mostly he designs Hungarian buildings: his latest works were Heroes’ Square and Chain Bridge at LEGO Hungary’s request. He built the capital's famous landmarks for four months, and used nearly twenty-thousand cubes. The square is larger than a square meters, while the bridge is almost two meters long.

“A lot of research work was necessary because I wanted to reproduce an exact copy of the characters – Balázs revealed. - After my visual design was accepted, the items were ordered from abroad. The stone lions of Chain Bridge and the beard of Lajos Kossuth-statue at Heroes’ Square was a special challenge. But the Millennium Monument in Heroes' Square is really close to my heart: it contains a total of 28 statues and 11 horses.”

Balázs also revealed that some of these models worth several hundred thousand forints. But maybe even more interesting that Balázs can be the first Hungarian, whose creation could make it to the stores: if he got enough vote, his artworks will be marketed in the official LEGO stores! The Budapest Skyline would include the Parliament, Fisherman's Bastion, Heroes' Square and the Chain Bridge.

Balázs added: “It wasn’t easy to choose the most beautiful sights of Budapest. I chose these four to the miniature world because these are different kinds of buildings, easily recognizable, their ratio is appropriate for this purpose, and everyone has the chance to recall the atmosphere of Budapest by seeing the skyline of Parliament, Fisherman's Bastion, Heroes' Square and Chain Bridge.” 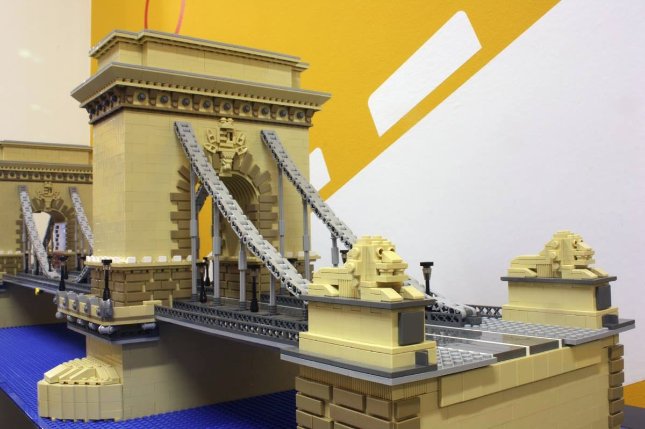 The Budapest Skyline idea was born in 2015, when LEGO launched the Skylines series in the Architecture® topic. These collections have the city's emblematic buildings lined up on an elongated (4x32-inch) field. Until early 2016 New York, Venice and Berlin appeared, and Budapest skyline could perfectly fit into this structure. You can support the project here. Please do support!