Why is Hungary amazing? Telegraph has at least 25 good reasons for it. Let us show you their compilation, made for 15 March, the ‘Hungarian National Day’ (as they write).

Did you know, that Hungary is a country suitable for beach holidays? Well, we have Lake Balaton (the biggest lake in Central Europe), Velencei Lake and other smaller lakes, as well, just like healing baths and spas.

Furthermore, we have a lot of well-known inventors and Nobel jubilees (13 actually) and a statue in City Park that makes anyone a better writer if we touch its pen. Well, it might be a legend, but let us tell you something that is true for sure: we have the world’s oldest official wine region in Tokaj.

It is absolutely worth visiting, just like any of the ruin pubs. Drink a “pálinka” and enjoy – if you believe in the healing power of it, you can feel that it can be a cure for all diseases, as they say in Hungary. Do you prefer a beer? That’s alright, choose a good Hungarian beer or try one of our craft beers, but never clink your glasses – it is considered rude. 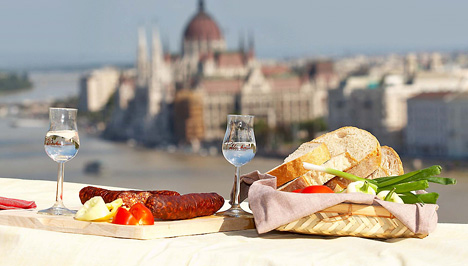 Did you know, that some famous people are also Hungarian. The world’s best female chess player, Judit Polár, Harry Houdini, Count Dracula (Vlad the Impaler), some Hollywood film studio founders are from our country, and there are several stars who have some Hungarian ancestors in their families. Even Elvis Presley is an honorary citizen of Budapest! ;)

In Hungary - where the word ‘coach’ comes from and Budapest, where the continental Europe’s oldest metro line and the world’s largest geothermal cave system can be found - water polo is a national sport. And Budapest has the second largest synagogue in the world, and it is in our opinion one of the most beautiful synagogues, as well.

We have a pinball museum (yapp, really), a railway for children (where 10-14 years old children work as ticket sellers, controllers and conductors, for example), names regulated by the law and a tricky language.

But why are the number 96 and paprika so important? Check out from the Telegraph’s original list: http://www.telegraph.co.uk/travel/lists/facts-about-hungary/