Soup has never been so cool
Posted by Ágnes Taraszovics · Mar 21, 2016

Let us introduce the most unique restaurant in the city: Bors GastroBar. If you are open to novelties and only imagining sour cherry - poppy seed strudel soup makes you hungry than Bors is meant for you.

Bors Gastro operating since 2012 is one striking example of the gastronomic revolution in Budapest, a small bistro especially for soup. They are famous for two things: on one hand, they naturalized soup as part of the gastronomic culture among young people; on the other hand, they really unleash the imagination when creating the daily soup. Prepare yourself: if you come to Bors for the first time, the only question in your head will be “What??” for several minutes. But if you managed to process all the new information, you can hardly choose. 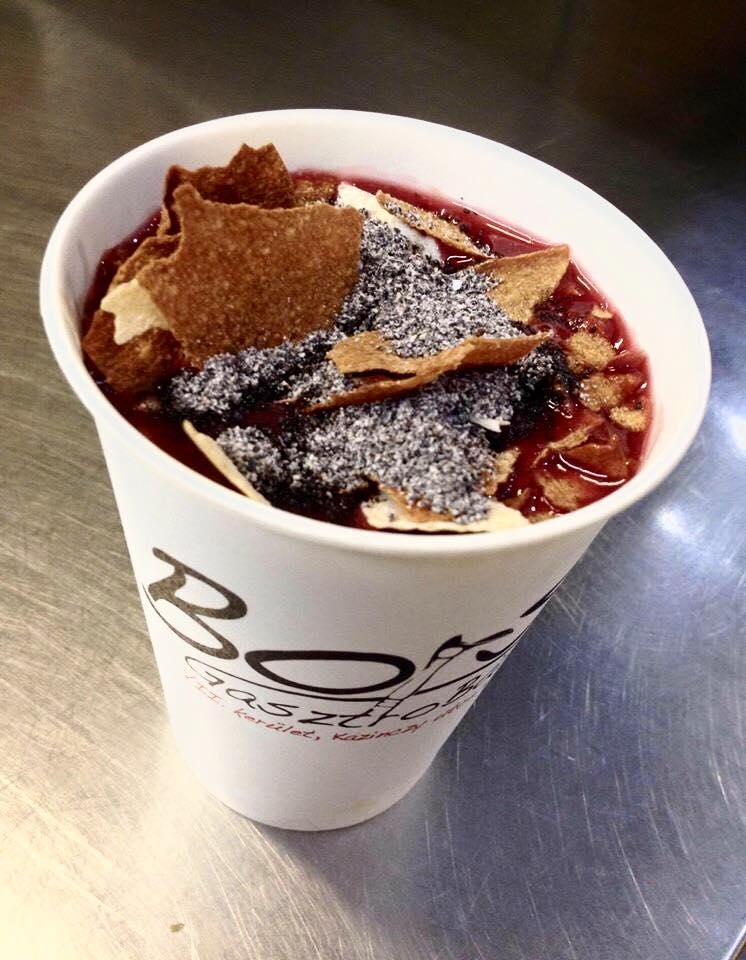 There are some more "traditional" soups that we can explain to our mother: for example, the chicken soup with apple and mustard, Finnish salmon soup or potato casserole soup. And there are some that you don’t even try to introduce at home (just like boys, right?): cottage cheese strudel soup with apricot, Baileys soup, pumpkin cream soup with ginger and poppy, TúróRudi soup with Nutella sauce, After eight soup ... reading all these may sound super weird, but if you got the paper cup with the delicious beverage (food?), it makes sense. 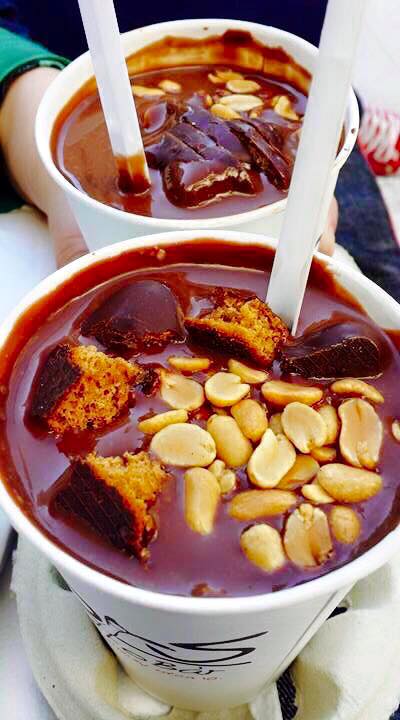 In addition to soup, Bors also awaits with sandwiches and menus. Recently, they offered really fancy-named baguette: Barack Obama baguette, Mariah Curry baguette and Kevin BaCorn baguette ... and I've never liked the American singer that much. The offer varies every day, so the place always has nice surprises, but you can check the daily specialties on Facebook. Moreover: Bors is a dog-friendly place and the guys there are adorable. 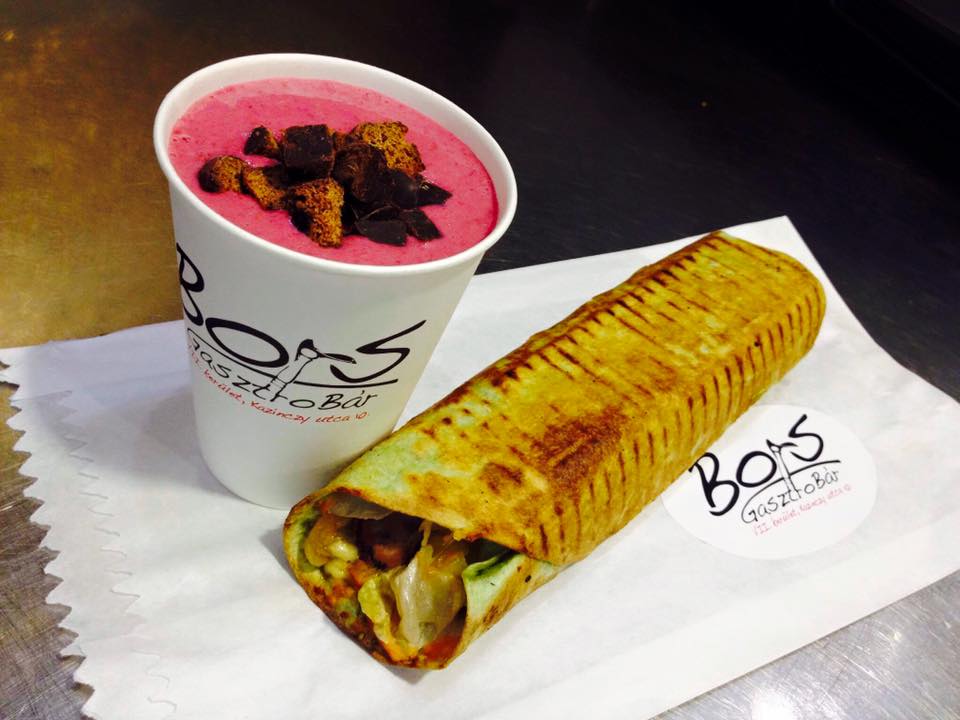 Favorite of the week: edible takeaway cup for soup

Guests smashed a luxury restaurant in Budapest – here is why

Hungarian Bocuse d’Or Team got into the world final